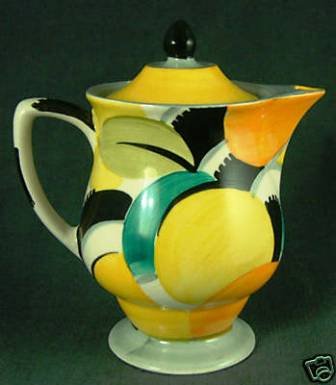 This exciting short course explores the wonderful art deco period looking at its origins in France and how it influenced design in America and Europe. We will look at designers including Susie Cooper and Clarice Cliff as well as other areas that art deco influenced such as the interior, films and the decorative arts 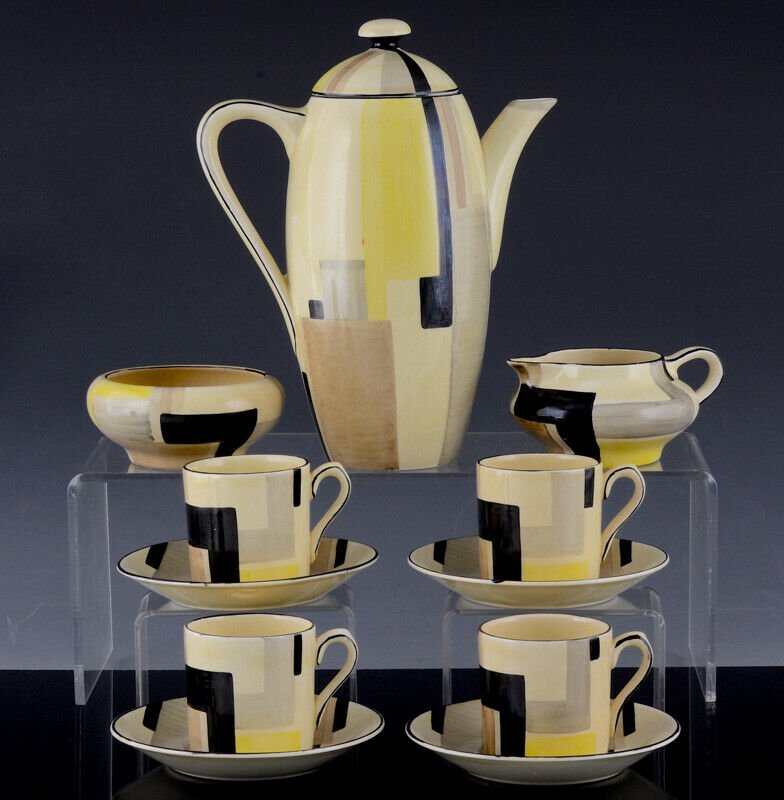 From Art Deco to Contemporary Design

The Art Deco style originated in France and was showcased at the Exposition Internationale des Arts Décoratifs et Industriels Modernes held in Paris in 1925. This exciting new style soon developed into an international style in western Europe and the United States during the 1930s. This course will look at how British designers embraced art deco through architecture, interior design, ceramics, glass and many other ways. We will discuss why the art deco style went out of fashion and how it was replaced by the new new 'Contemporary' style in the fifties. We will consider how mass production influenced design following the Second World War and how the mid century landmark the Festival of Britain, staged in London, in 1951 promoted the ‘Contemporary’ style. Andrew Casey is a published author of the subject including Twentieth Century Ceramic Designers in Britain (2002) and Art Deco Ceramics (2008) and has lectured at the Victoria and Albert Museum and the Morley College in London. 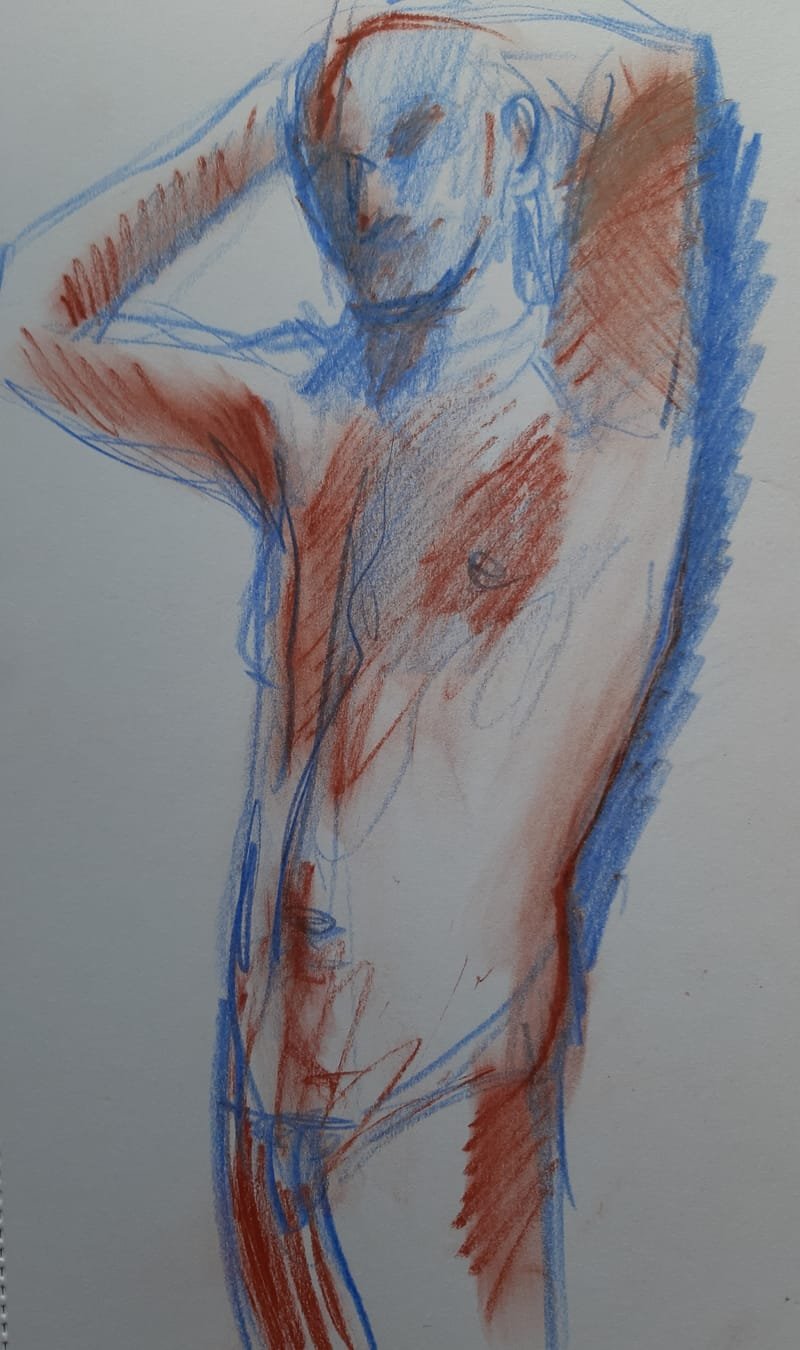 This is an exciting new response to being creative. We will explore life drawing through a range of poses, times and models. We will also used a wide range of media. Andrew Casey has taught life drawing life drawing for over 25 years. 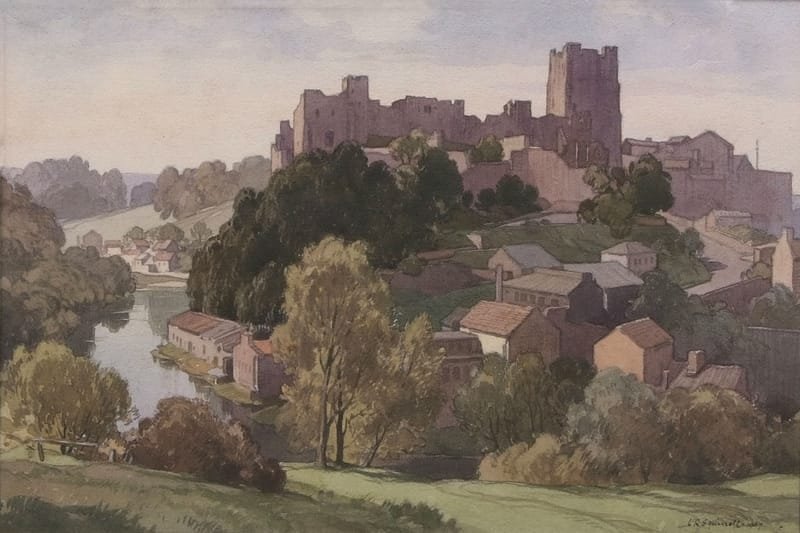 This course celebrates the artistic achievements made by East Anglian artists over a hundred and fifty years and how they contributed to the reputation of the area as one of the most attractive places to live and work following the success of internationally renowned artists such as Thomas Gainsborough and John Constable. This course will focus on a range of artists, both male and female, that made a significant contribution to East Anglian art in different periods, styles and subjects but remain relatively unknown beyond the region. From the delicately conceived water colour studies by Leonard Squirrell, the “kitchen sink” dramas by Colin Moss in the 1950’s, the stunning commissioned work by Anna Airy, the first female war artist in the First World War and to the sculptural creations by Bernard Reynolds. Andrew Casey produced a small book on the life and work to accompany a special exhibition at the University of Suffolk in 2014 to mark the start of the First World War. He has been a member of the Ipswich Art Society for over thirty years and is currently Deputy Chairman 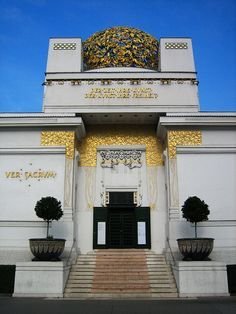 This course will explore the important and influential artists based in Vienna, between 1890 to 1920, a time when the city was known as a centre of high culture, wealth and opulence attracting innovators in music, art and philosophy known then as the fin de siècle. We will explore how the work of artists such as Gustav Klimt was rejected by the long established fine art institutions prompting several young artist to set up their group named the Vienna Secession in 1897. These artists and designers including Gustav Klimt and Koloman Moser created modern and challenging new art and design culminating in the Secession building in 1898. We will look at their their work, the Secession movement, the Wiener Werkstatte in Vienna and importantly the eventual move away from the Jugend style typified by Gustav Klimt to the expressionistic approach by Egon Schiele 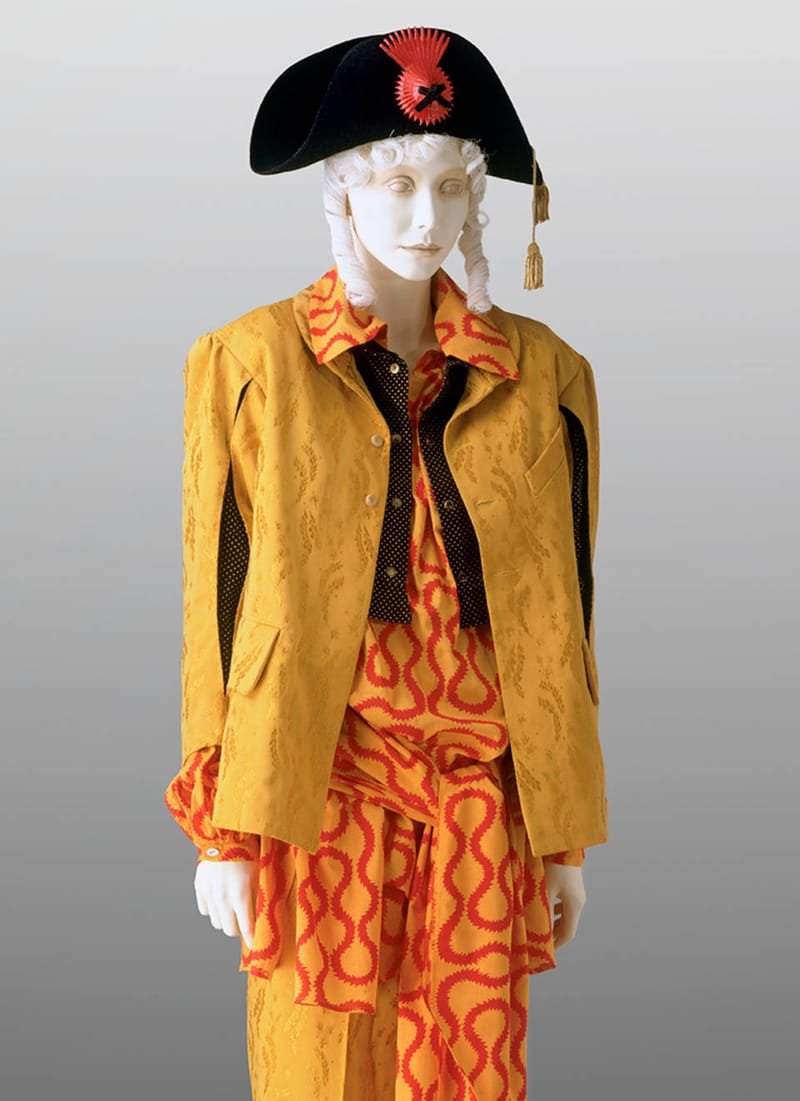 Women Designers of the Twentieth Century

This course will explore the innovative contribution made by pioneering women designers working within British Industry during the twentieth century and how, despite being predominately a role for men, they were able to achieve equal status and recognition for their contribution in fashion, wallpaper, textiles, glass, ceramics and many other areas of design. We will explore the changes in society, the impact of the Second World War and the recognition of the important role of the designer for British industry. The course will focus on designers including Lucienne Day, Marion Dorn, Enid Marx, Susie Cooper and Jessie Tait alongside several other less known designers 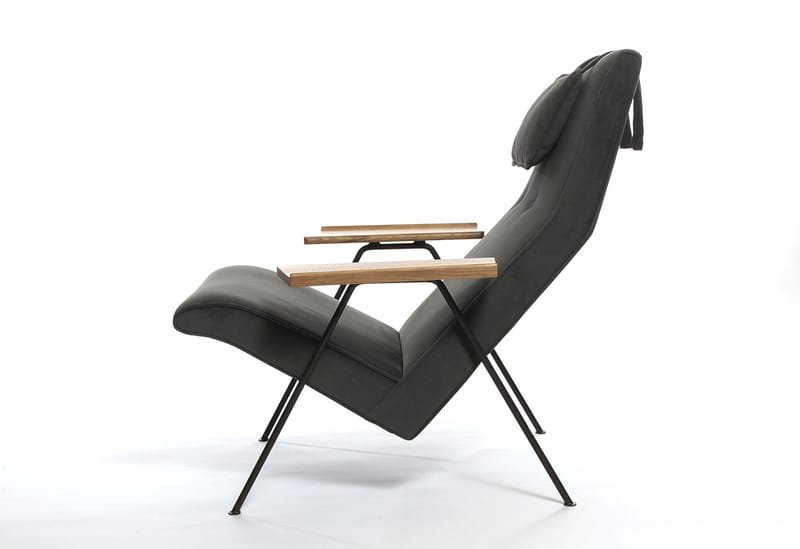 Contemporary Design: Britian in the 1950's

This course will explore one of the most important and influential decades of the twentieth century. Following the devastation of the Second World War we will explore how the British Government recognised that good design meant good business. They promoted good design through exhibitions, promotional tours in schools culminating with the Festival of Britain in 1951. This mid-century event showcased the best news in every aspect of British culture.This course will feature the new generation of designers including Lucienne Day, Jessie Tait, Robin Day and Abram Games, who emerged from a war torn Britain to bring to the wider public good design known today as 'contemporary' 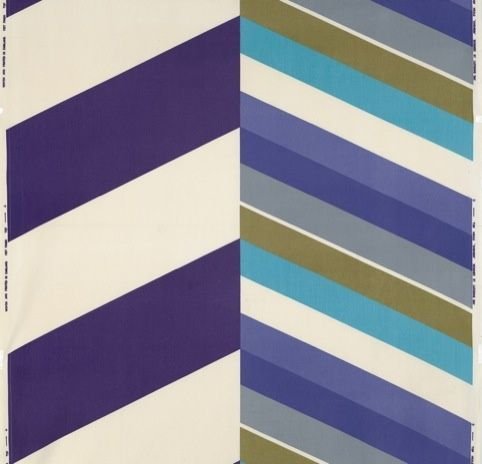 Textile Designers of the 20th Century

This course will explore the innovative and pioneering designers that came to the forefront of the textiles industry from the twenties onwards and how changes in British industry due to world events and economic changes prompted a new response to designer and new machinery enabled high quality textiles to reach everyone not just the elite. Andrew Casey met and interviewed Lucienne Day in 1992 for his final degree dissertation. His book Lucienne Day: In the Spirit of the Age was published in 2014. 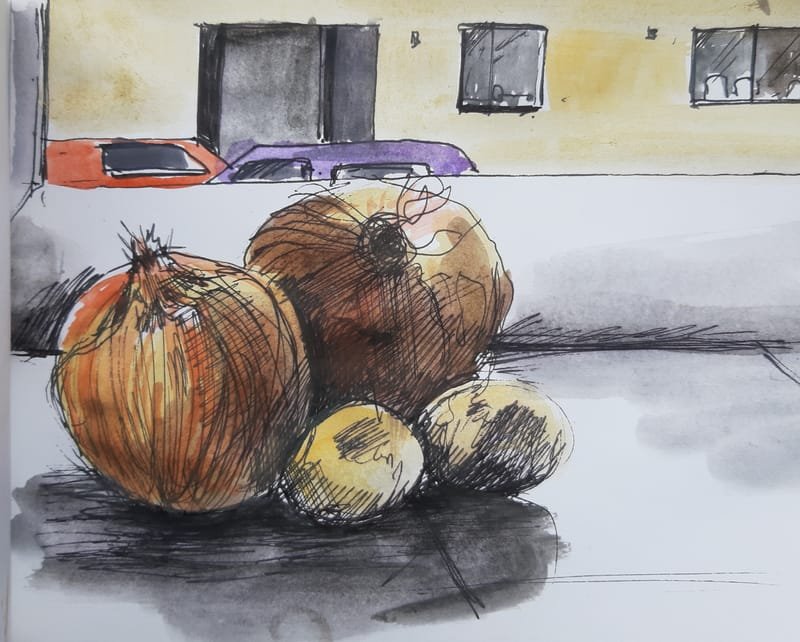 This course has been designed as a refresher course for those wanting to return to art or beginners with some experience. Each week will focus on different aspects of art such as how to mix colours, perspective, using tone etc. The tutor will respond to questions and suggestions to possible subjects to draw. learners can upload their work onto the tutors Facebook site Andrew Casey's Art Classes to share and enjoy 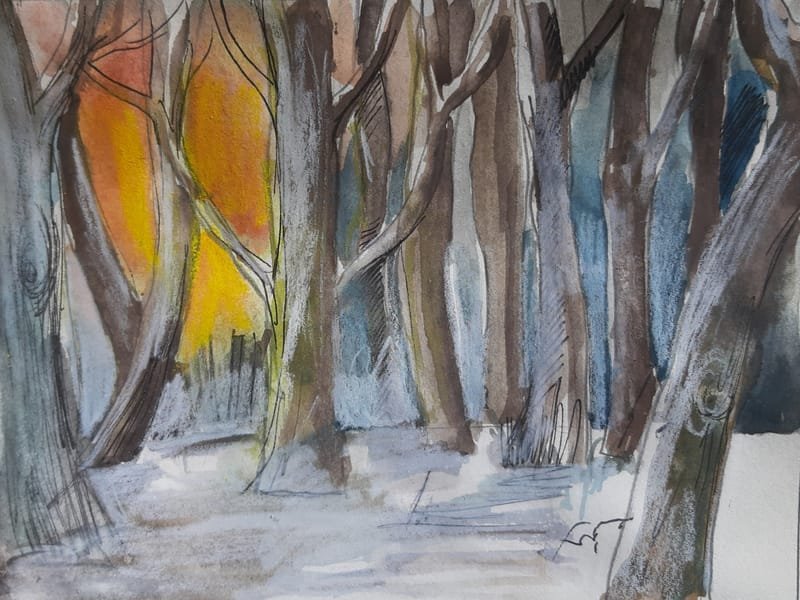 This course is continuing from the successful and popular course following the disruption over the summer months on line. We will undertake a wide range of artistic challenges, drawing tasks, different subjects and use a wide range of media from still lives to shop fronts, landscapes to drawing the figure. Learners can upload their work onto the tutors Facebook web site Andrew Casey's Art Classes to share and enjoy.